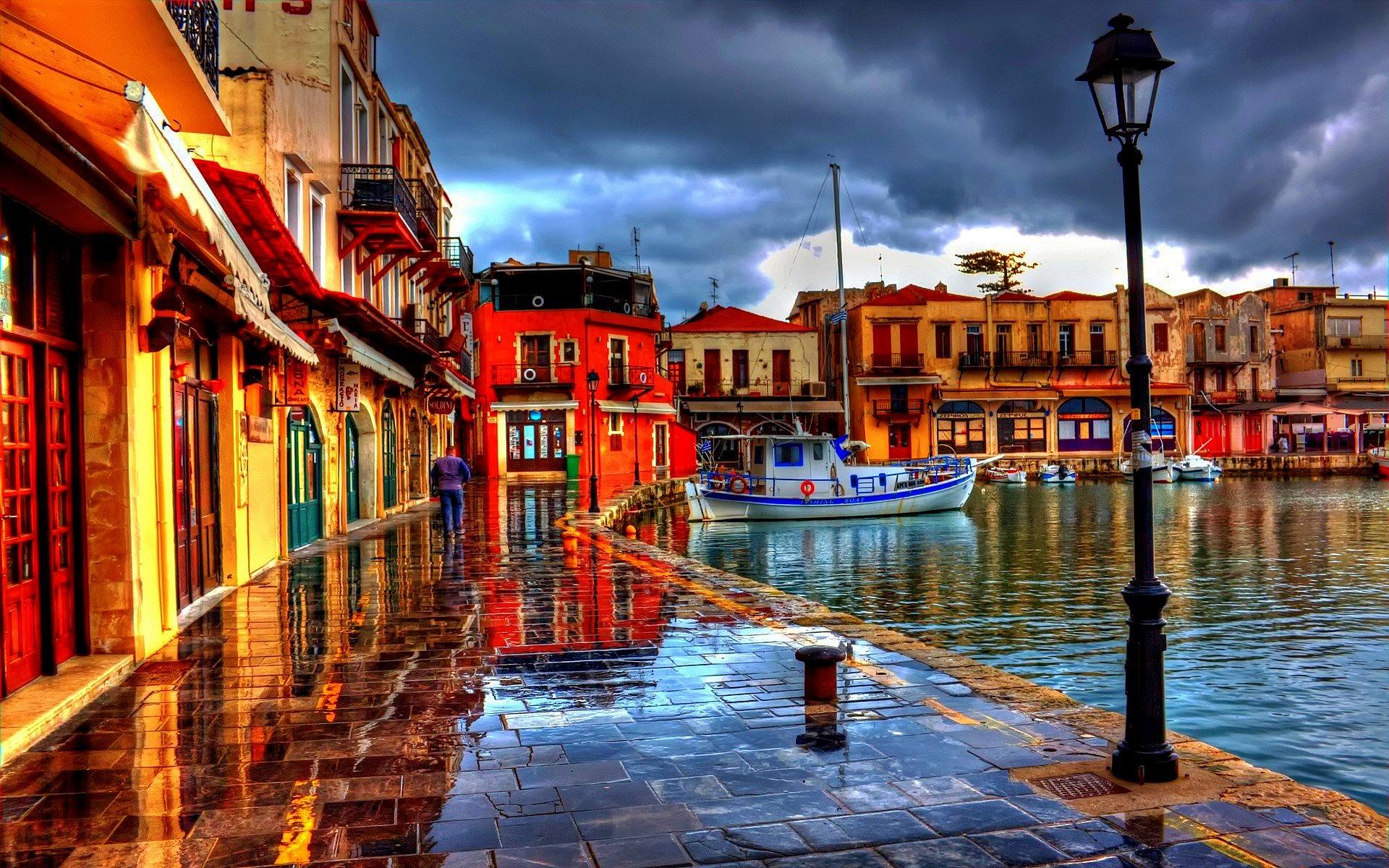 A joy to explore on foot, the cobbled streets of Réthymnon car-free old town take you back through the centuries. Laid out on a grid system, the mix of architectural styles reflects the town history, so you will see attractions such as the 16th-century Venetian loggia, the 17th century Rimondi Fountain with water gushing from the mouths of three stone lions, a towering Ottoman minaret from 1890, a smattering of contemporary graffiti, and modern day cafés and restaurants full of students. Sometimes styles are combined lovely pastel-colored Venetian-era town houses have wooden balconies added by the Turks. Today, the most touristy area is the old harbor, rimmed with pricey seafood restaurants, which is especially enchanting in the evening.